Google Search is ridiculously, utterly bad. Before your brain starts recalling successful searches you’ve had, and before this turns into only a rant let’s see some examples. 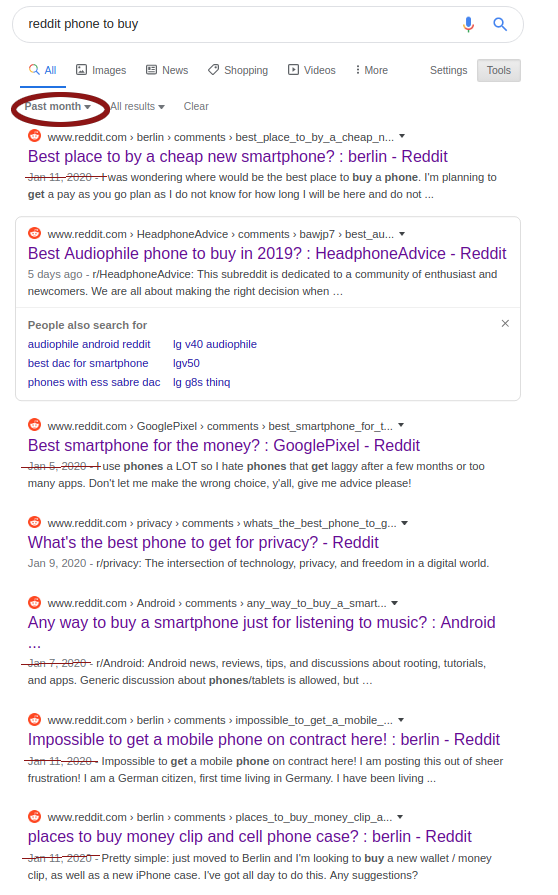 This is a query for checking out what reddit thinks in regards to buying a phone, while specifying to only get results from the last month. Pretty simple I guess, yet none of the results achieved that goal, and none of them are actually from the last month, despite Google lying that they are. Let’s quickly go through them one by one.

I won’t keep going with the rest, but it doesn’t get better. Why are the results reported as recent when they are from years ago, I don’t know - those are archived post so no changes have been made. At any rate, I got annoyed at this point (mentioning for those who couldn’t tell), so I switched to DuckDuckGo. 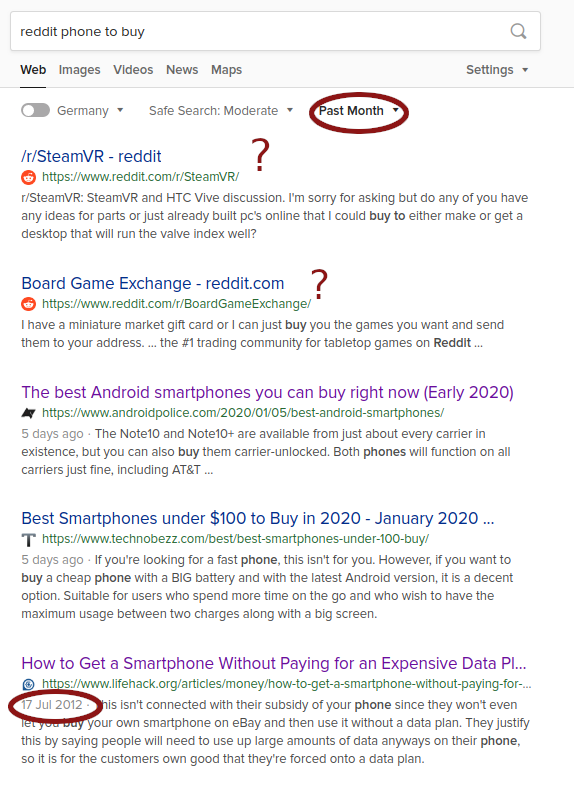 Somehow the results are even less useful. 2 irrelevant subreddits at the top, a result from 2012, that they admit is from 2012. At this point I visibly checked on reddit if there’ve been posts about buying a phone from the last month and there are. They also show up on Google/DDG if you look for them directly so they are indexed.

Hm, maybe adding site:reddit.com will help DDG to get there? 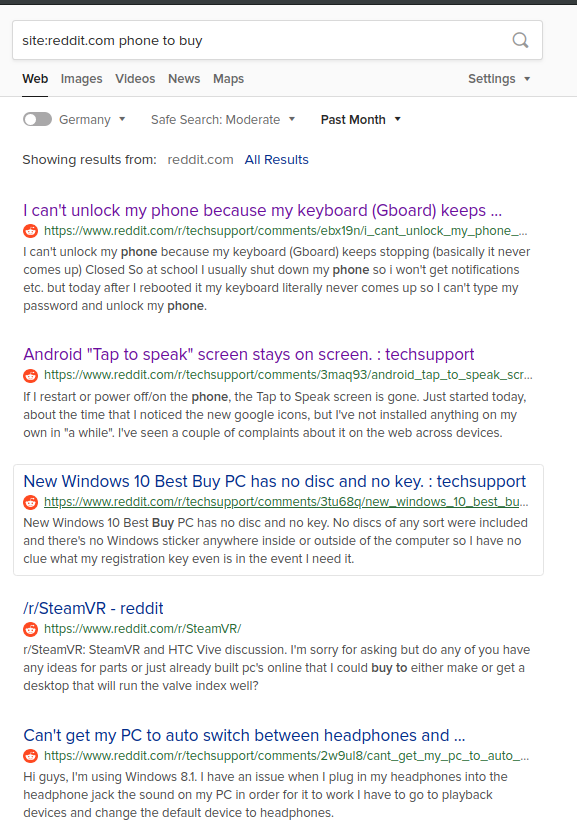 Nope. As you can see, I didn’t even bother clicking on all of them now, but I can tell you the first result is deeply irrelevant and the second one leads to a 4 year old thread.

Maybe it’s my wording then - what about ‘recommend phone reddit’ or ‘which phone to purchase reddit’? I won’t even waste anybody’s time by posting the results I got.

Part of the issue in this specific case is that they’ve started ignoring settings for displaying results from specific time periods. It’s definitely not the whole issue though, and not something new or specific to phone searches.

Now, I’ve always been biased towards the new - books, tech, everything, but I can’t help but feel that a lot of things which were done pretty well before are done worse today. We do have better technology, yet we somehow build inferior solutions with it all too often. Further, if they had the same bias of showing me only recent results I’ll understand it better, but that’s not even the case. And yes, I get that the incentives of users and providers don’t align perfectly, that Google isn’t your friend, etc. But what is DDG’s excuse? As for the Case Study part, and me saying this isn’t simply a rant - I lied, hence the quotation marks in the title. Don’t trust everything you read, especially the goddamn dates on your search results.